A few things worth mentioning from my life in 2016.

Miranda and I rode our bicycles 204 miles from Seattle to Portland. What an accomplishment as a couple! It took a lot of training; Spring was entirely dedicated to training. 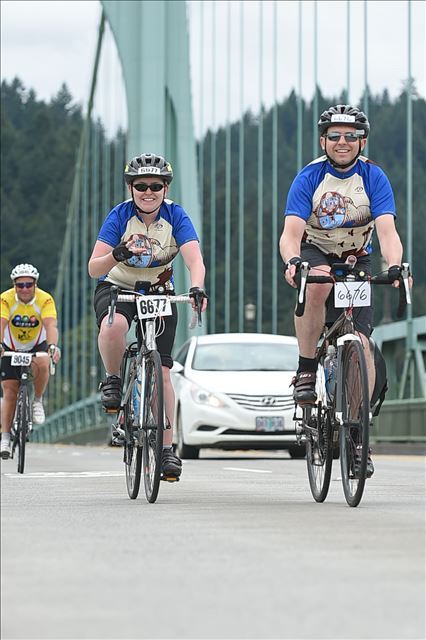 Our first backpacking adventure on our own was Thunder Creek (map shows the one-way hike). It was supposed to be an easy five to six mile hike along a valley next to a river. Or so we were told.

We initially planned to camp at McAllister, but it and the next campsite was full. The ranger suggested Junction, just an extra three miles. No big deal, we just rode from Seattle to Portland! What the ranger forgot to mention is that Junction was not only another three miles down the trail, but up another 2500 ft.

By the time we reached Junction, we were exhausted.

It was an awesome experience and accomplishment, but I’d be lying if I said we weren’t a little miffed about being misled.

One night in October, Miranda unexpectedly experienced some health issues that rocked our world – a trifecta of conditions that will change her life for the foreseeable future.

That night was terrifying. It was a wake up call, for sure.

I will never forget that experience, unfortunately. I’m thankful that she does not remember most of it; I’m glad the brain is good at shielding us from that kind of trauma.